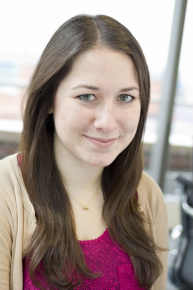 Lauren Dezenski has covered everything from the Boston Marathon bombing to an iPad bursting into flames in Australia, plus shootings, fires, politics and the weather. That's not to mention being published on both sides of the Atlantic.

Lauren graduated from Boston University with a degree in journalism and political science concentration in May 2014. Her work has appeared in The Boston Globe, Boston.com, The Daily Free Press, Cape Cod Times, New Bedford Standard-Times, The Cambridge Chronicle, The Allston-Brighton Tab, The Somerville Journal and the Eden Prairie News.

She has also been published internationally in print and online by Macworld UK, Digital Arts, PC Advisor and Tech Advisor, all owned by IDG UK and based in London, UK.

Her passions include breaking news, political reporting and the Real Housewives.
Powered by